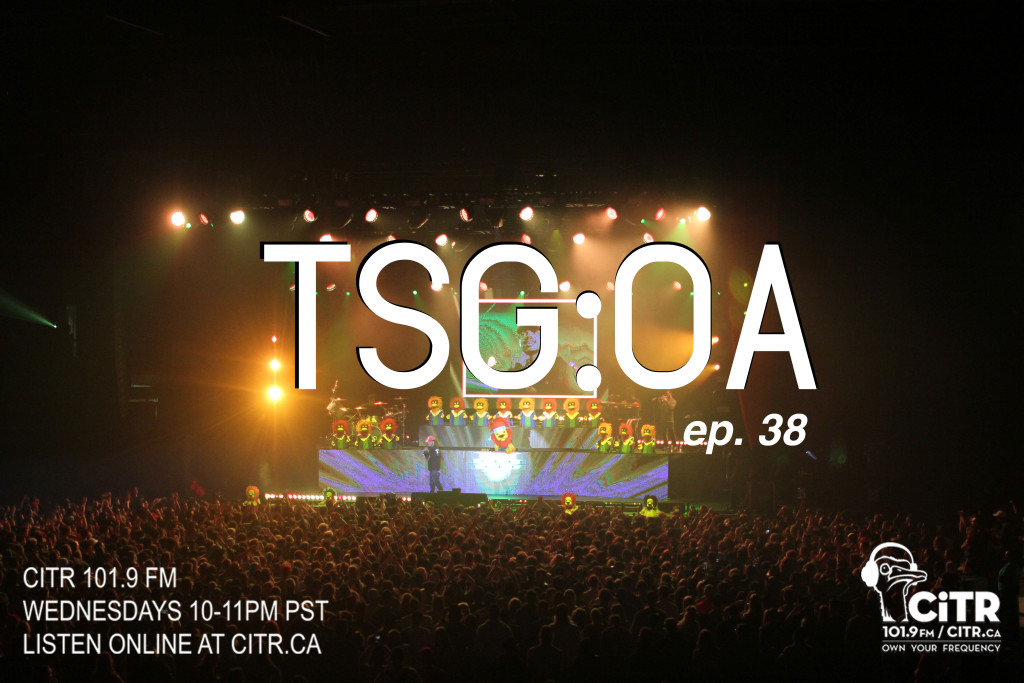 13:55-18:25 We caught Post Malone’s show, sponsored by Red Bull and we discuss how tours differ, when they’re sponsored by brands.

18:25-21:42 Majid Jordan has a predominantly female fanbase, and they were out in full force at their Vancouver stop. We review their show and try to decipher what makes them feel like boybands in the ’90s.

03:20-9:30 A$AP Ferg is one of the more popular members of the A$AP Mob, and his latest album “Always Strive and Prosper” was a nod to the group that was founded by deceased leader A$AP Yams. We attended Ferg’s concert a few days after the mob released Cozy Tapes: Vol. 1 Friends, and his show was definitely a high octane party.

9:35-14:55  A$AP Rocky is definitely a fashion rapper, who’s been embraced by high fashion, and who reciprocates by dropping brand after brand into his raps. We delve into the history of high fashion and rap, and the artists who paved the way for Rocky and the like. We also discuss whether this is a fad, or here to stay.

21:00-We discuss Tommy Genesis’s appeal as a fashion rapper. She’s just come off of a Calvin Klein campaign, as well as appearing in Teen Vogue and in Carine Roitfield’s fashion book. 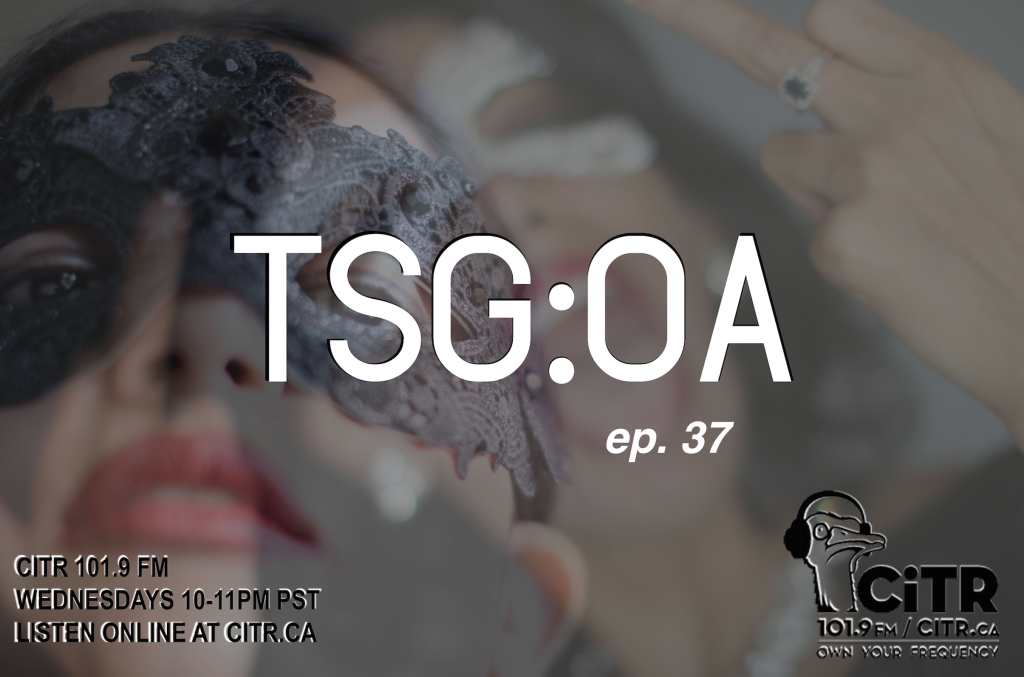 15:20-23:30 We went to Chance The Rapper‘s Vancouver tour stop for his “Colouring Book World Tour” and we chat about the broadway influences of his show, and Chance’s uplifting music.

02:18-10:15 Halloween always creates some controversy, when people cross cultural boundaries, by borrowing from cultures for their costumes. We discuss what we believe is appropriation for costumes and what is cultural appreciation.

10:20-15:20 Is it possible to exploit your own culture? We chat about whether using your culture to get ahead is seen as exploitative in the same way as appropriation.

16:55-17:15 John Orpheus is a Toronto based artist, whose music makes a statement on pop culture, and our modern ideals in the West. He just released Goldchain Hennessey, a mixtape follow up to his last effort John Orpheus is Dead.

17:16-Toronto area artist Jviden also released some new music this past week. He dropped Pure, which features frequent collaborators like K.Forest and Ashton. The project feels deeply personal, as Jviden takes us through his life over the last few months. 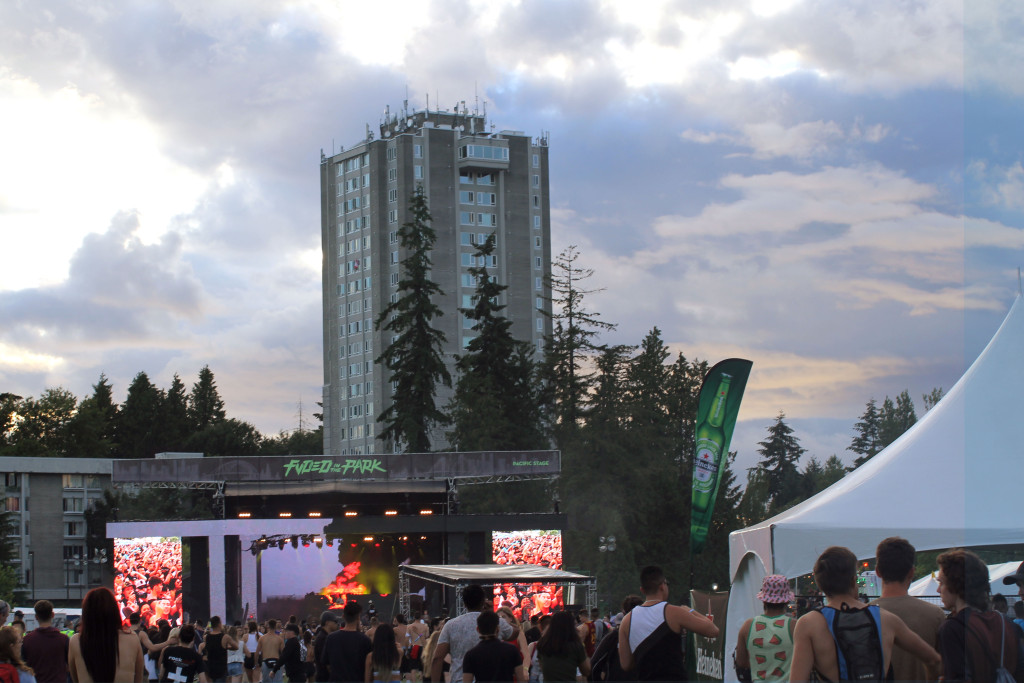 With music festivals becoming an integral auditory exercise for music lovers over the past decade, people are flocking to desert towns, sunny islands, and the core of their cities to experience a mashup of artists from different genres, and to meet other music lovers who don’t mind a little dirt on their shoes, in exchange for checking multiple artists off their bucket lists.

FVDED in the Park, a two-day festival put on by Blueprint Events and Live Nation, saw thousands of fans taking to Holland Park, the home of snoozier, family friendly festivals, to check out 34 emerging and well-known hip-hop and electro acts. Taking place during the first weekend of July outside of Vancouver, in the suburbs of Surrey, BC, this year saw a huge increase in numbers, with over from 20,000 festival goers to more than 40,000 this year.

This year marked some changes, namely the FVDED Lab a third stage showcasing local talent like rapper Tommy Genesis and Pomo, a Vancouver based producer who’s been a force on SoundCloud, with his remixes reaching millions of hits.

FVDED’s set list was curated with breakout artists garnering a lot of traction in 2015 and maintaining the momentum in 2016. Stand out sets included: Jazz Cartier, Kaytranada, Tommy Genesis and Metro Boomin. The festival welcomes an all ages crowd, with plenty of underage boobs and booty shown off over the the weekend. Many of the artists on the roster perform at nightclubs when in the city, so this was a chance for teenagers to experience artists like Zedd, who puts on a light show equally as impressive as the music. FVDED is a unique festival in that it’s bringing internationally renowned talent to the suburbs, and providing a reasonably priced experience to a growing city. 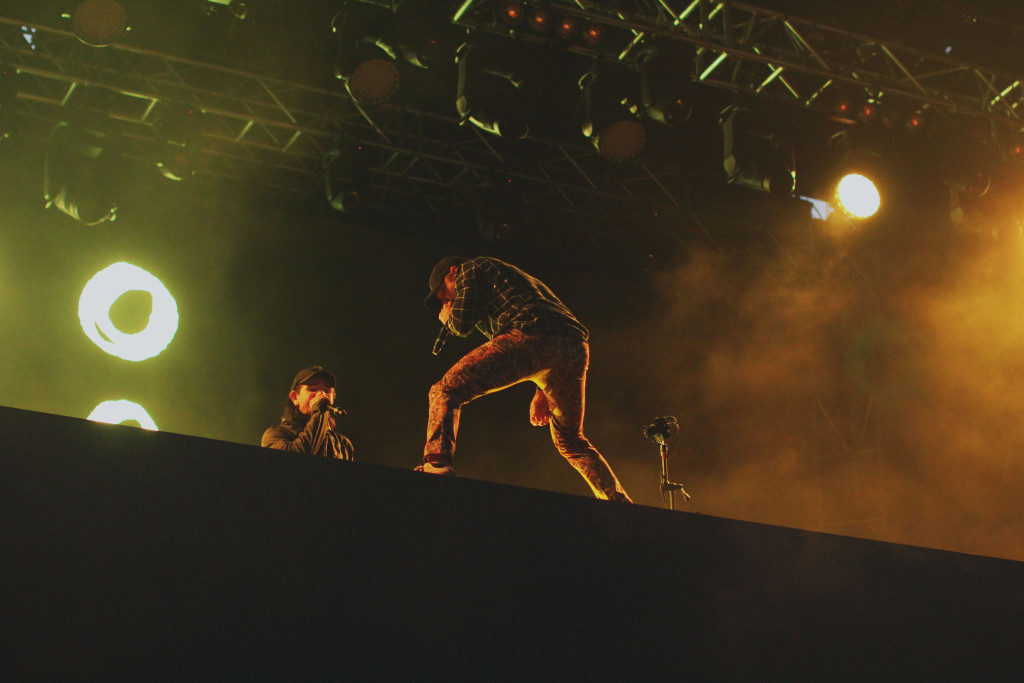 Jack Ü headlined the first night of FVDED in the Park and had a beat and rhythm for everyone to find, no matter what their preference. Diplo and Skrillex weaved their way from dancehall, soca, bhangra, top 40, back to their own tracks. Their collaborative music mirrors their performance style and they often meshed their songs during their 90 minute set. Jack Ü understands the diversity of their audience and they switched up from periods of frenetic electro to let the crowd breathe during a sweet medley that included Cinema and last summer’s hit Lean On. Other hijinks included Skrillex coaxing the crowd to wake up a dead Diplo, and the duo premiering a new coordinated dance routine atop a giant platform on the FVDED stage. 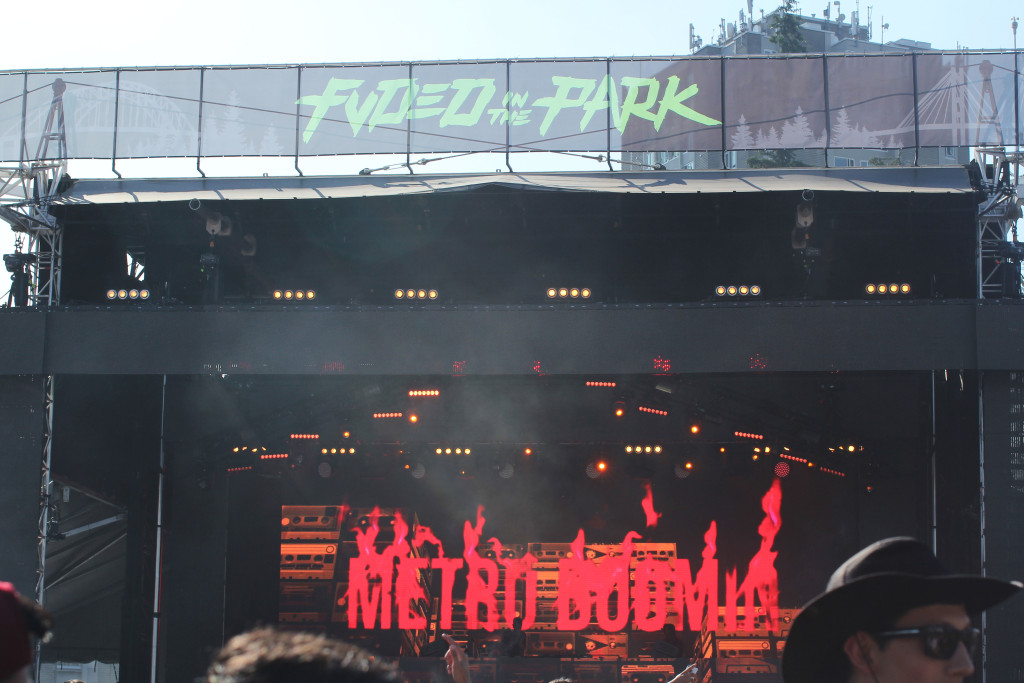 Metro Boomin took the stage on day 2 and treated his set like a victory lap celebrating the hits that he’s produced over the last three years. He teased the crowd with his intro from Kanye’s Father Stretch My Hands Part 1 but didn’t deliver on the drop until much later. His work on major mixtapes from Drake to Future (and Drake + Future’s WATTBA) last year drew the biggest cheers from the crowd. His Gucci Mane tribute was nostalgic, making you realize Hard To Kill was released 10 years ago. Metro’s stage presence is more that of an emcee than a DJ and he was one of the most hype acts on Day 2 of FVDED. The droves of people sprinting to the front as he started that infamous “Young Metro” tagline, and his command of the stage show that he’s definitely one of rap’s most promising young talents. 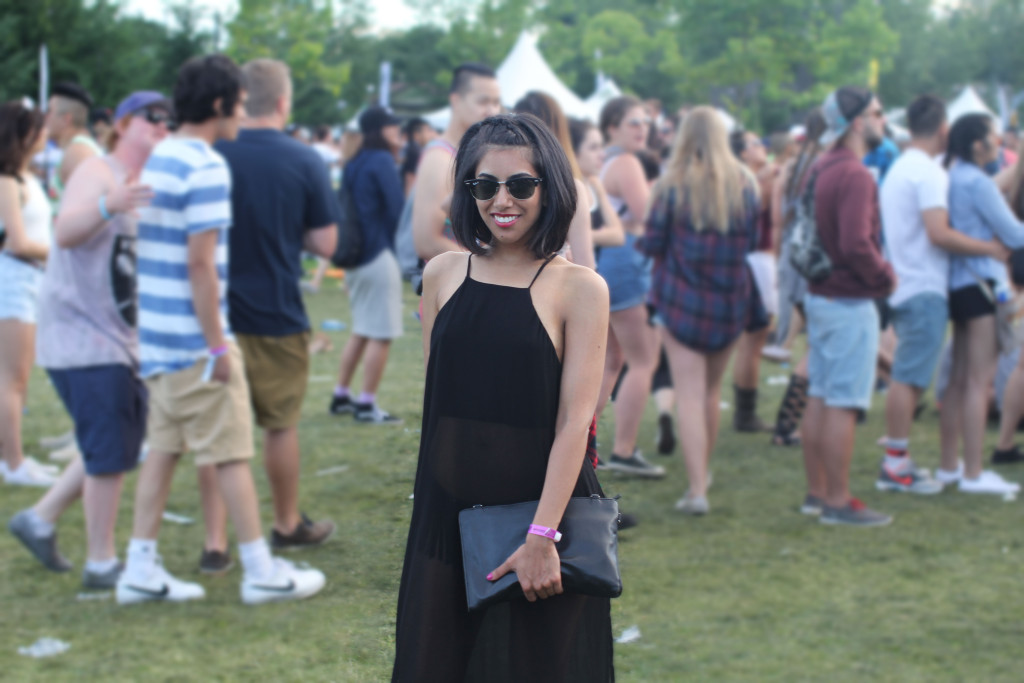 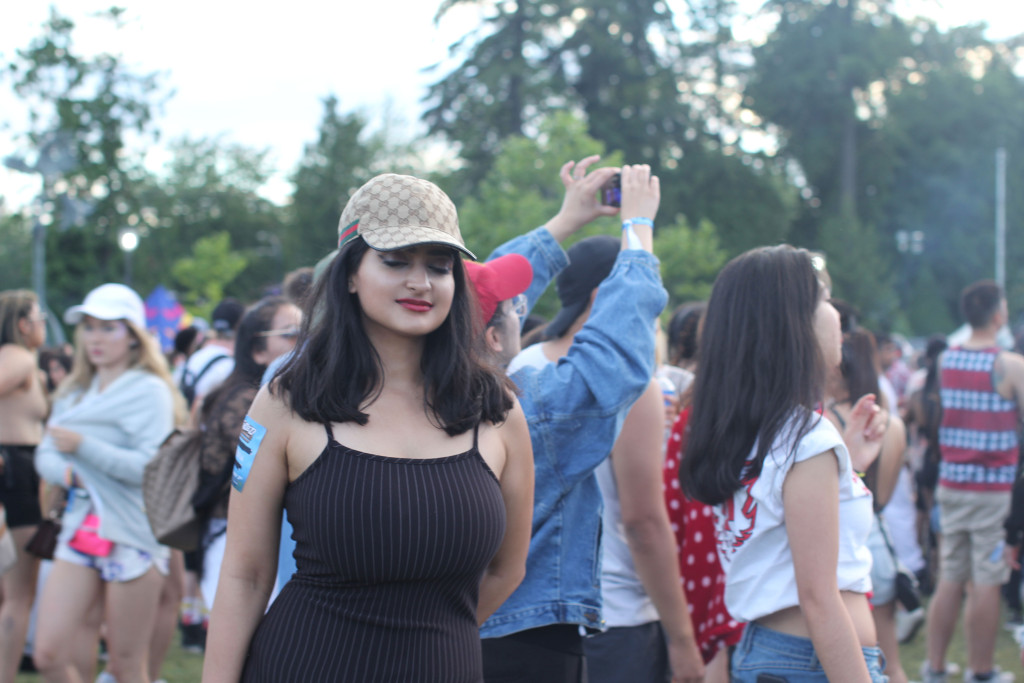 24:38 We’ve switched over to a once a month format while we work on Vellum Wellness. We’ll be extending our show past 11:00 p.m. so we can have a long, luxurious show!

32:27 We play our interview with Noodles 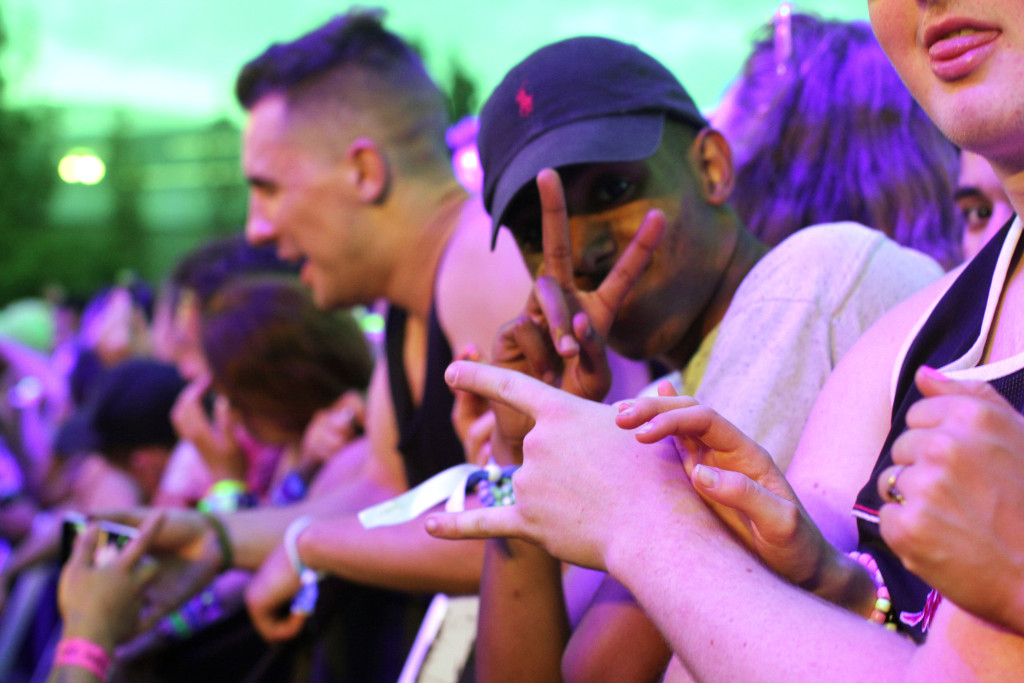 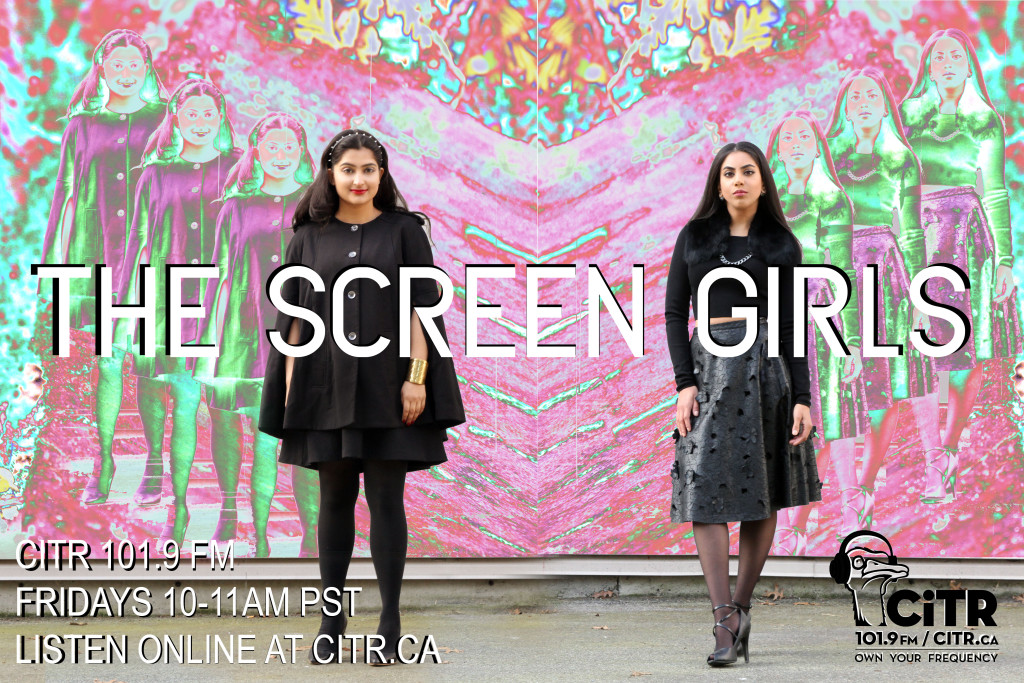 5:50-13:55 We discuss Jay Z’s Tidal announcement and share some of the internet reaction and our thoughts about why the service is out of touch with it’s audience.

13:56-14:31 Ilovemakonnen released Drink More Water 5 and we talk briefly about our initial impression of the mixtape

40:15-41:45 We found a really funny tumblr called The Gluten Free Museum which removes the gluten from famous artworks. We talk about our cultural attitude to dietary restrictions.