Skepta has a seen a banner year, since his album Konnichiwa was released in May. He’s been one of the most recognizable names in grime for nearly a decade, but the state side crossover of North America began to take shape when grime gained traction globally over the last two years. Co-signs from American rapper Kanye West and Drake exposed him to hip hop fans, and the masses were quick to accept Skepta into the fold as one of 2016’s most exciting rappers to watch. 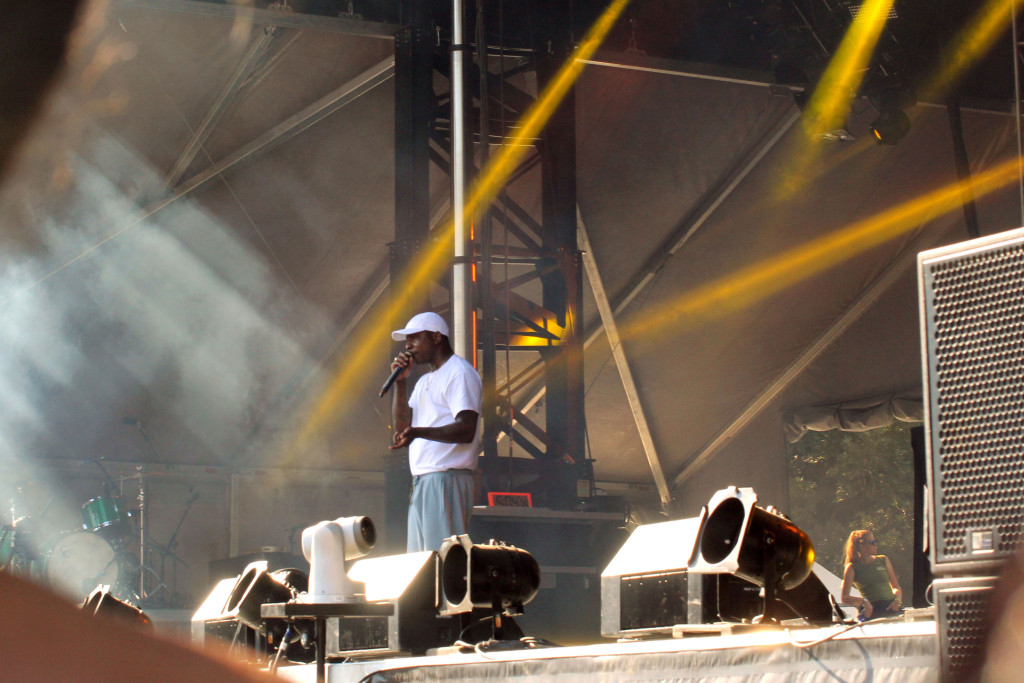 Skepta took the Green stage (Scene Verte)  on the last and hottest day of Osheaga weekend. 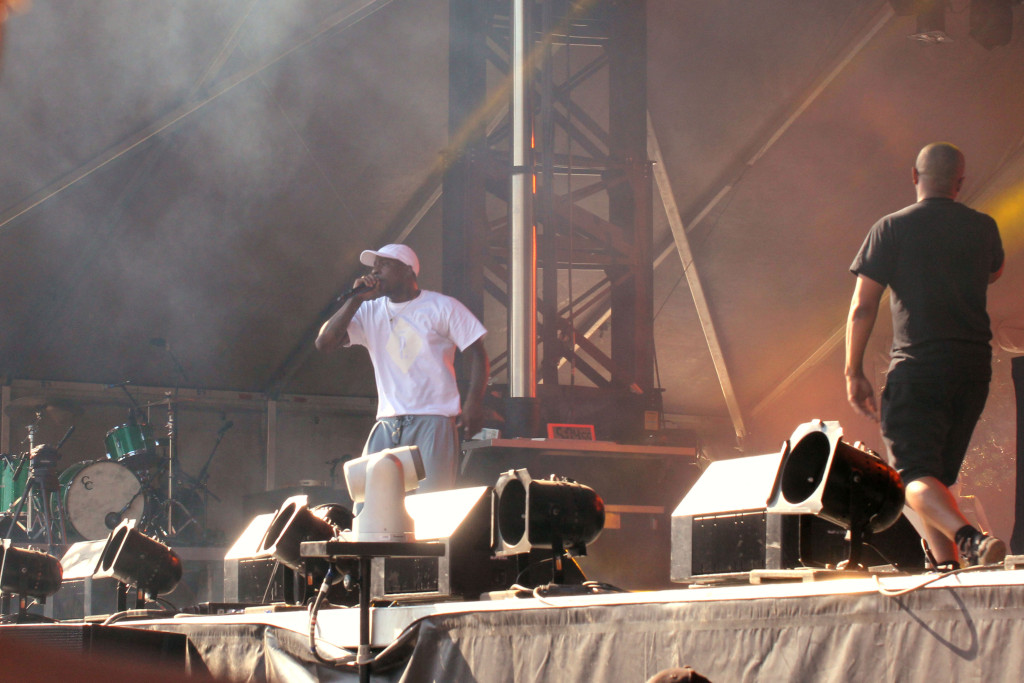 Skepta performed of the tracks from his latest album Konnichiwa, which has resonated well globally. 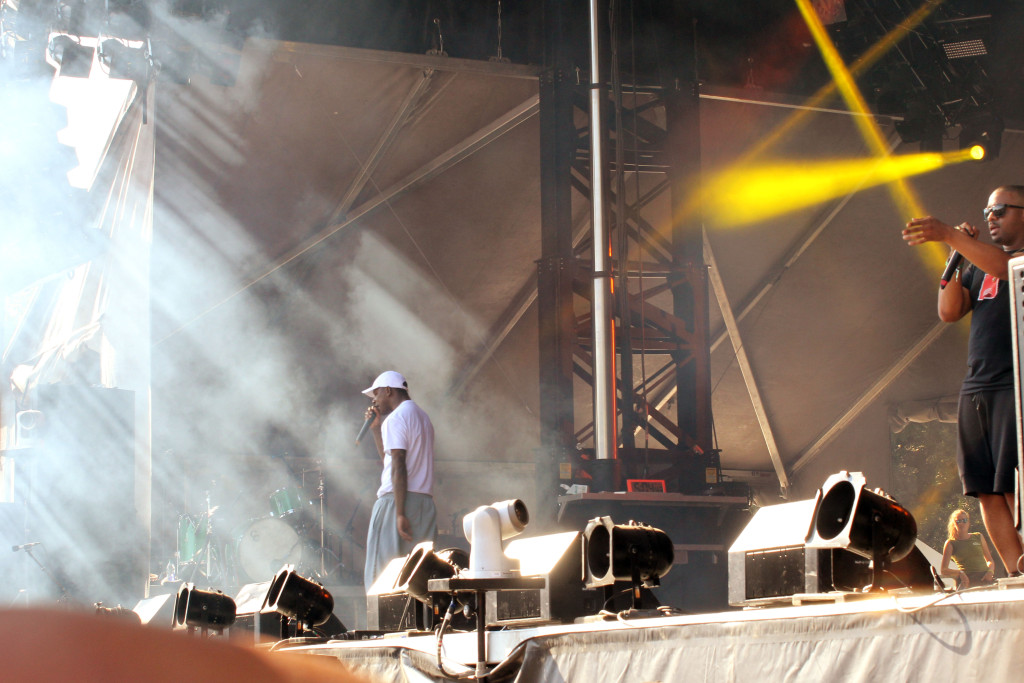 Skepta stayed true to his casual style in grey sweatpants and a white tee. 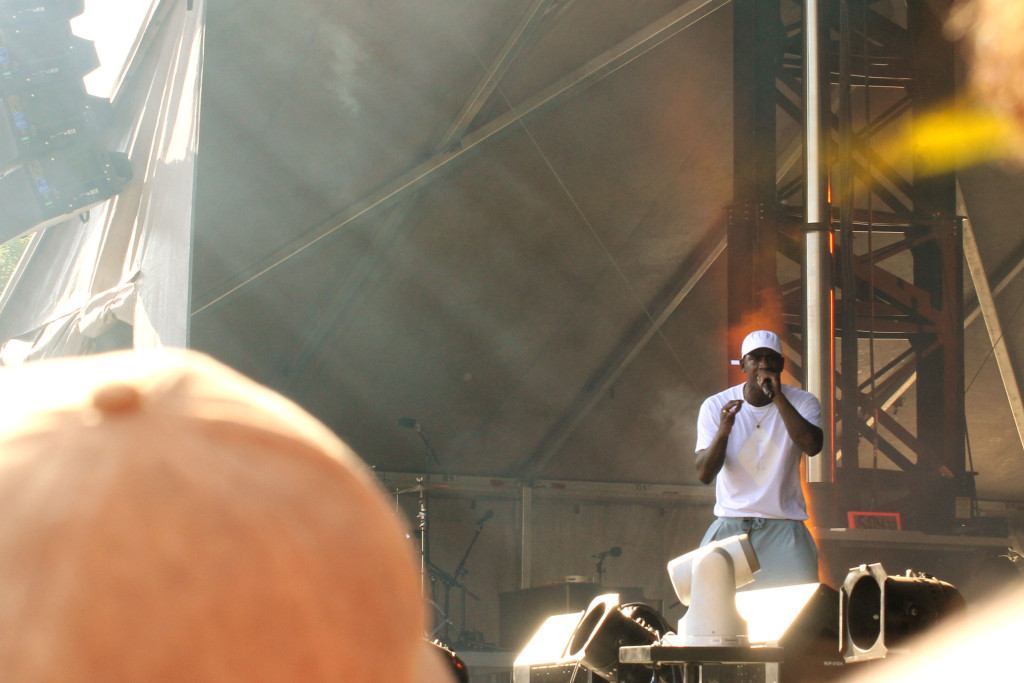 Skepta’s show set off a party vibe, which perhaps was more suited to an evening slot, as the sun was still bearing down on Parc Jean-Drapeau, and fans definitely needed a cool down, after moshing along to his raps.

The UK has such an insular culture, churning out its own class system of musicians, stars, and reality tarts. London has nurtured many musical talents,  and is a city pulsing with people experimenting with different sounds, and starting genres like grime.

For anyone unfamiliar with grime, a simplified explanation is that it’s face paced, with high BPM’s of at least 140 with structured synth and electronic sounds. It’s come a long way since its evolution from garage, and is championed by exciting producers like Fatima Al Qadiri and Wiley.

And then, there’s Visionist.

Visionist is a south London based Dj, and producer who has been experimenting with grime for years, and has finessed his own style within the genre. When he released I’m Fine, his six track EP based off the stages of grief, it was so calmly emotive, taking aptly chosen samples from R&B (one of his favorite genres) and pitching them to an almost unrecognizable shrill that perfectly compliments the moodiness of the EP.

His presence in I’m Fine and all subsequent remixes he’s worked on since, is felt as soon as you hear one of his tracks. Visionist  has a signature calmness about him that works its way into all of his music; a quiet sort of precision and control that forces everybody to slow down, despite the actual BPM’s of the track. It could be called minimalism but we prefer to call it Visionist.

As with anything UK specific, the challenge is to crossover and be able to successfully transition stateside. The appeal of grime has grown enormously by the internet, and Dj’s from New York to Taipei have been creating their own versions of the sound.

As for Visionist, he’s been busy travelling internationally, playing sets all over in between working on his album and managing his own record label Lost Codes, which manages other progressive artists like SD Laika. We caught up with him before his set at New Forms ’14 and asked him for some insight into the London music scene, how it’s nurtured grime and the moment he realized he was able to turn his passion into a career. 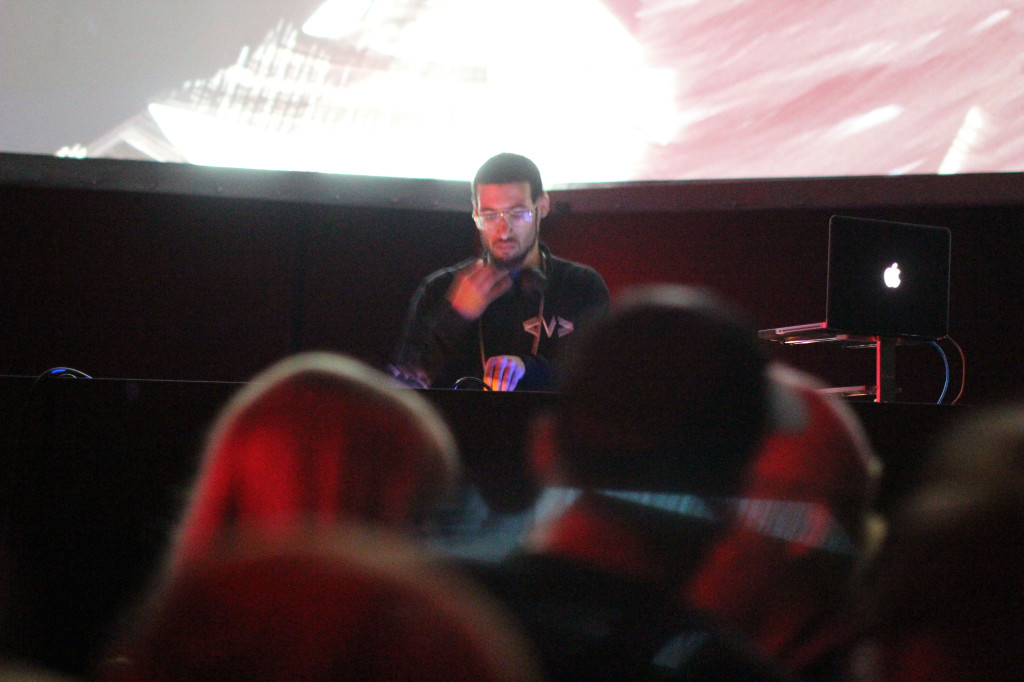 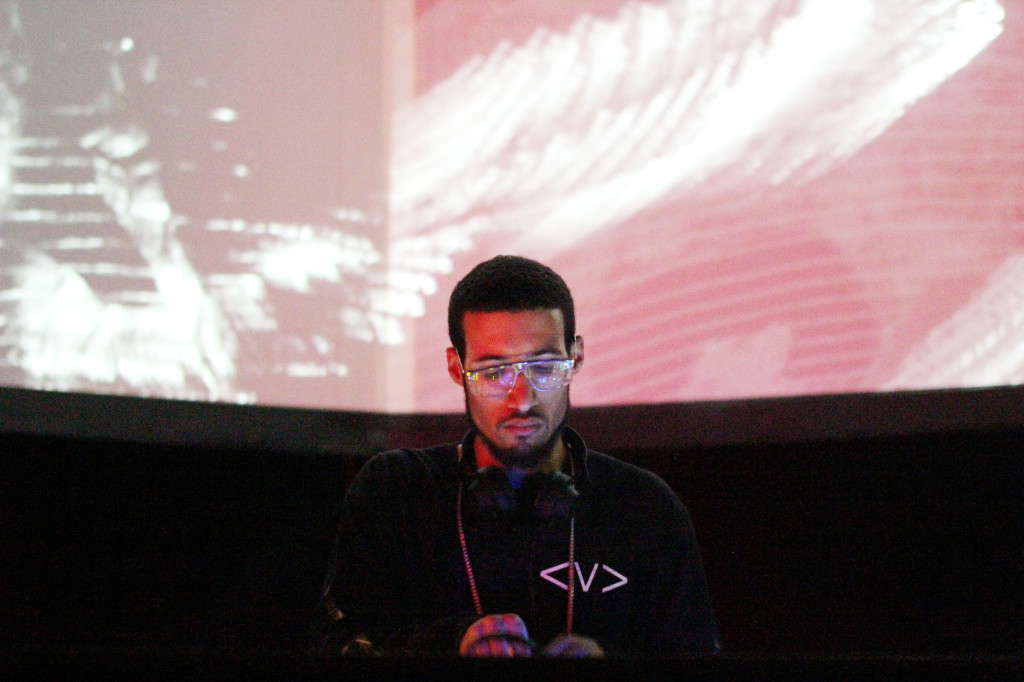